Are Audiobooks good for learning?

Audiobooks have been making a comeback over the past 10 years. Why a comeback? Well, they’ve been around for much longer than most people realize — unless, like me, you used to listen to tapes and CDs when you were growing up. In which case you might remember your favorite novel being read to you. I’ll always remember Stockard Channig’s voice reading the opening of one of the Ramona Quimby series to me: “Ramona Quimby, age 8, read by Stockard Channing”.

The rise of audiobooks over the past few years has led to their use in learning. Many people I know, myself included, listen to audiobooks not just for fun, but rather to learn topics relevant to their livelihood or just for curiosity (the latest book I “read” was Superforecasting by Philip Tetlock that we’ve just launched as a book club on Alpe Audio).

But as I listened to more and more audiobooks, I began to realize something: I don’t remember much of what I’ve listened to. When talking to friends about the books I’ve “read” or trying to apply the principles of the books at work, I find myself hitting a blank wall. This sent me down the theory rabbit hole and the question of: are audiobooks good for learning?

Are audiobooks good for learning?

To tackle this question let’s first examine what makes learning ‘work’. Learning, at its essence, is the rewiring and strengthening of synapses and neurons in our brain (at least as far as modern science can tell). Cognitive science and years of research show us that the two main elements that make learning stick are:

So meaning and repetition are key to learning. On this front, I think audiobooks rate relatively high. Most books are quite long — anywhere from 5–8 hours long and often feel like they repeat themselves to much! (My own personal theory is that most books could have been edited down to a series of blog posts with robust footnotes, but no one would publish that!) And so key ideas are usually repeated throughout the length of a book enough for the main idea to drip in.

This is especially useful if you’re spacing out your reading, whoops! listening, over a period of several weeks. (Something that I unfortunately don’t do).

As for meaning, books usually shine here. Books usually tell stories. They’re highly crafted and edited, making sure that they’re really the best version and product the author could publish. This means that most books are full of interesting stories, anecdotes and personal experiences. As humans, we love stories. We’re wired for stories. In fact scientists have found that often hearing a story causes the same regions of our brain to work as if we were actually IN the story. It’s not a lion that’s eating the hero — your brain reacts as if you’re about to be eaten. So stories definitely help create meaning and capture our brains attention.

So are audiobooks good for learning according to the two key principles of learning, meaning and repetition? It seems so. I give them an 8/10.

Unfortunately, that’s not the whole picture, and that’s not where I personally had felt them falling short.

Where audiobooks fall short of for learning

The picture above works perfectly well as long as one thing holds true: that the learning that’s being spaced and repeated is clear to the listener of the audiobook. Unfortunately, I think this key part falls short for most audiobooks. And this is where learning from an audiobook doesn’t work as well as we would hope.

What I mean by this is that often as I listen to an audiobook things that would have been clear had I been reading the book are not clear to me listening to the book. What makes this worse is that had I been reading, I’d probably go back and re-read that line or paragraph until it became clear to me before moving on. In audio, the tendency to go back and re-listen to parts that are unclear is almost non existent (we’ve checked the data on Alpe).

People, myself included, simply breeze on . It’s also annoying to skip backwards. Most players only support a 15 or 30 second skip backwards which usually doesn’t get you anywhere near where you lost focus —  it’s this reason that we’ve instituted our ‘chapter feature’ that lets you skip backwards to the beginning of the last topic that you were listening to. But in any event — things that I might have dallied on while reading, I don’t while listening.

What’s more, books are written to be read. I know that sounds obvious, but the result of that is that audiobooks are not the original format that the author intended. When they carefully chose words and crafted sentences and paragraphs, they didn’t do it with a listening audience in mind — an audience that is frequently multitasking and doesn’t re-read paragraphs. They did it with a reader in mind. Many of the key tenants of audio storytelling and audio teaching are non existent in audiobooks (for more on what makes audio different than regular courses you can read our essay on How to write an audio course).

This is especially felt when it comes to anything graphic or chart based, but is just as true for most pieces of content. Audio requires more repetition, simpler words, more storytelling and more signposting. Things that are actually antithetical to the book writing process where an author is usually looking for concise sentences, ‘higher’ literature and there are all kinds of visual ques that eliminate the need for signposts (a paragraph or period for example are exactly that: visual signposts).

What this means is that when listening to audiobooks, the learning is never quite complete because our brains don’t quite ‘get’ everything. The chunks of information don’t sit well. They’re not fully absorbed, simply because it’s a book, not an audio focused piece of content. This has two results that greatly impacts the quality of the learning that we derive from audiobooks.

The first is that chunks of information don’t become fully absorbed in our mind which overtaxes our working memory. Our working memory is the conscious part of our brain, that’s where we’re actively focusing on what we’re, well, focusing on. But, it has severe limitations:

Our working memory is very limited. It can only hold around four chunks of information at once. Which is why sometimes you feel overwhelmed when trying to solve too many things at once. Even worse, unless we constantly focus on those chunks, they can be forgotten quickly.
— Rethinking Learning

And so, if what we’re listening to doesn’t turn itself into a chunk of information that’s absorbed and stored in our long term memory, it will just float around our working memory clogging up much needed space until we forget it.

The feeling most people have in algebra class when they, just. don’t. get. it? that’s usually because the prior information hasn’t been chunked properly and they’re experiencing information overload.

So that’s the first problem — when information isn’t clear, it isn’t chunked — clogging up your memory and simply being forgotten quickly.

The second problem is about repetition. Remember how we said that repetition is important for learning? And that books are usually good at this? Well, let’s think again. If the information isn’t clear and the learning isn’t happening, the repetition is less effective. This means that instead of there being a good amount of repetition involved in an audiobook, at the end of the day, there usually isn’t.

These two drawbacks are what tip the scales for me when it comes to audiobooks as a learning tool.

Bringing it together: Are audiobooks good for learning?

When it comes down to the line, my opinion is that audiobooks in their regular form fall short for quality learning. The content doesn’t fit the format and this leads to lacking repetition and meaning. Which is unfortunate, since there are so many great books out there, but that’s the key — they’re books. Not audio lessons.

A way I’ve gotten over this is by actively listening to audiobooks:

If you’re willing to do all of this, than yes — audiobooks can be good for learning. If not, well, that’s why we’ve built Alpe!

[…] a blog post or a book (which is why audiobooks aren’t great for learning, a topic we cover here) What does that mean? How is audio learning different than regular […]

Audio vs visual learning: How to make the most of your audio learning – Alpe Audio: Courses online Reply

[…] is the result of my own hours upon hours of listening to audiobooks and podcasts. Wondering: are audiobooks good for learning? On the one hand, I love audio based learning. It’s convenient, fast and most important […]

Leave a Reply to How to write an audio course 🎧 – Alpe Audio: Courses online Cancel reply 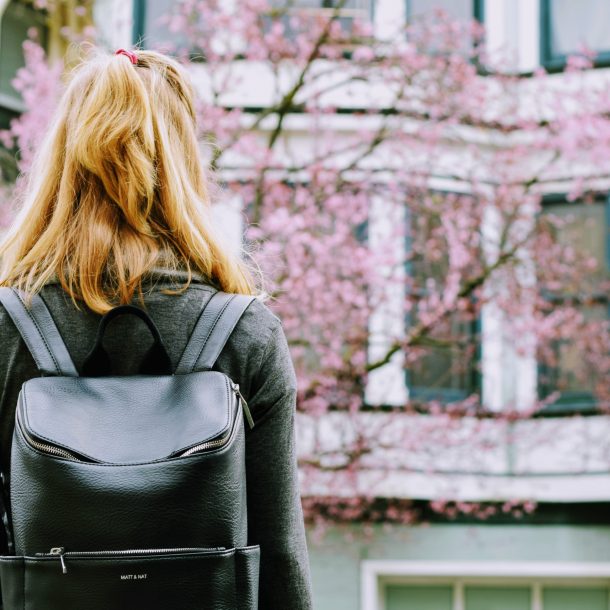 How to be a lifelong learner
Previous Article 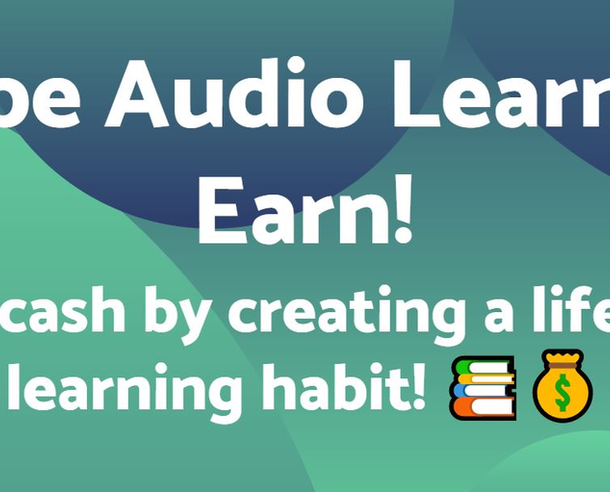 Helping learners get some skin in the game
Next Article