Formulas for audio writing from: “Out on the Wire” by Jessica Abel

“[…] fast forward a couple months, I had missed four deadlines, I’m on the verge of getting fired, and I haven’t slept in four days […] and we at Radiolab have given this state a name, because it happens quite often. We call it the German forest. (Abel 139)”

That’s Jad Abumard, the founder of the radio program Radiolab, describing the struggle of producing creative work. The quote is from Jessica Abel’s Out on the Wire: The Storytelling Secrets of the New Masters of Radio.

The author of this masterpiece, Jessica Abel, is a comic book artist and radio lover who takes it upon herself to uncover the secrets of wildly successful radio programs like This American Life, The Moth, Radiolab, Planet Money, Snap Judgment, Serial, Invisibilia, and others. And all in the form of a graphic novel!

From on-point interviews to sharp insights, Abel is a master at asking the right questions to help her readers truly understand the creative processes of storytelling masters like Ira Glass, Alex Blumberg, Jad Abumrad, Robert Smith, and others.

And – in her process of doing so – Abel also catalogues the tools these creative professionals use to stay focused and void getting lost in what Abumard has coined “the German forest.”

At Alpe Audio Abel’s book is mandatory reading for every content writer and in this blog post, I’ll take you through 5 formulas for writing for audio that Abel uncovers in her book that you too can use if you’re ever stuck.

Ira Glass, host and producer of This American Life, once interviewed a man who told a story about an experience he had on a subway platform. The man’s name was Brett. His story goes like this:

One day, Brett was waiting for a subway. As he’s waiting, he sees a stranger walking down the platform. And each time he passes someone he stops and either says: “You can stay” or “You have to go.”

And, as Brett watches the stranger get closer and closer he finds that he is pretty nervous, wondering what this stranger will say to him. And when the guy finally gets to Brett, he walks right up to him and says: “You can stay.”

And as Ira reports:

And Brett felt…euphoria. There’s no other word for it really. In his mind he knew there was no reason to get so excited. But in his heart, it made him really happy […] There’s just something about the judgement of strangers. When the clerk in the store looks at the CDs you’re buying and gives you a glance like “You are so lame.” (Abel, 20)

Through this story Ira Glass shows us the power of what he calls “anecdote then reflection, over and over: He first brings us the story of Brett (the anecdote), and then he takes a moment explain how it’s symbolic of our general need for the approval of strangers (reflection). Anecdote + reflection = good radio.

Glass explains why this formula works so well on audio: “I believe that radio is a particularly didactic medium. It’s not enough to tell a little story. You also have to explain what it means. (Abel 20)”

Once you have the main idea, other things sort of “glam onto it.” Choose the main idea of the lesson or show. Then find the add-ons that are relevant to that – they might be other examples, stories, concepts, or thoughts, but they should always tie back into the main idea.

Nancy Updike, producer at This American Life, takes Abel through her process of putting together a show. In one particular example, she starts with a story she wants to tell. The story goes like this:

[there is a] woman who’s going blind, and she needed someone to drive her around. She hired this guy and the problem was…he was too helpful. He kept doing this extra stuff for her that she didn’t want him to do. She felt invaded (Abel 21).

What interested Nancy about this story was that it captures “the moment when helpfulness ceases to be helpful.” From this starting point, her team were able to put together a panel of stories that fit this theme. They soon realized that the story about the blind woman would be a “small story,” one they could attach to a bigger story that had the same theme.

You can listen to the finished version of the show ,here or read about the process on pages 21 -28 of ,Abel’s book, which I highly recommend doing.

But that brings up a basic question. Putting size aside for the moment, what makes a good story in the first place? How did Nancy Updike’s team intuitively know what stories to choose?

Well, they used the formula for audio writing “when 1+1 doesn’t equal 2.”

Julia Snyder, a senior producer of This American Life, says: good radio stories are ones where people come to conclusions you wouldn’t expect. For example:

[…] Kenny and Jackie Whoron who grew up in this small town, Canalou, Missuiyri, moved away, and then moved back after they retired. But the town had fallen apart in the 30 years they’d been away, and so they tried to improve things: organize activities for the kids in town, get streets and sewers fixed. But it didn’t work. The more they did, the more people hated them. (Abel 18)

One of the main principles of writing for audio is keeping people in suspense. When people hear that something surprising happened they are naturally curious to know why. If they hear that one plus one does not equal two in a specific instance, they’re going to need to know why. This keeps them engaged and listening to your audio piece.

Formula for audio writing #4: Somebody does something because (motivation) but (challenge)

This next formula is great for when you have information, but you aren’t sure how to turn it into a story.

Abel brings a formula she learned from Rob Rosenthal at the ,Transom Workshop. It looks like this:

This is one formula for creating a compelling audio story. Show why the character wanted to do something and what was standing in their way.

Formula for audio writing #5: I’m doing a story about X and it’s interesting because of Y

Alex Blumberg, former producer for Planet Money and This American Life and current CEO of Gimlet Media, says: “I’ve developed a mathematical test to tell whether you’re on the right track. “I’m doing a story about X, and it’s interesting because Y.” In short, X+Y= story. Here’s how he describes using this formula:

I’m doing a story about a homeless guy who lived on the streets for ten years and what’s interesting is, he didn’t get off the streets until he got into a treatment program.

In other words, this might be what happened but it’s not why it’s interesting. Here are some alternatives Alex came up with:

Y= “and what’s interesting is there’s still a small part of him that misses being homeless.”

Y= “and what’s interesting is, he developed surprising and heretofore unheard of policy recommendations on the problem of homelessness from his personal experience on the streets.”

Y= “and what’s interesting is, he fell in love while being homeless and is still haunted by that love still.”

Y= “and what’s interesting is that he learned valuable and surprising life lessons while being homeless, lessons he applies regularly in his current job as an account manager for Oppenheimer mutual funds.” (Abel 56)

And that’s how the formula works. If you have a story and are not sure why it’s interesting, take a leaf out of Alex Blumberg’s book and keep trying different values for “y” until you get something that works.

Bonus formula for audio writing: …and you wouldn’t #$%^&*! believe it but…

Some writers are more subtle than others. Here’s Soren Wheeler from Radiolab take on Blumberg’a X+Y= story formula:

All in all, creative writing is challenging. It’s uncertain and unpredictable. There’s no way around it. However, that being said there are some formulas for writing for audio that can help guide you through that “German forest.” And Abel is a uniquely qualified to guide us because she herself spent some time in the German forest in her journey to create this book. And as she concludes:

I finally found my way out of the German forest by following the path carved our before me by all the great radio artists I interviewed. It’s a path that all of us can use to create the stories we want tot tell…and that everyone else can’t wait to hear. (Abel 207) 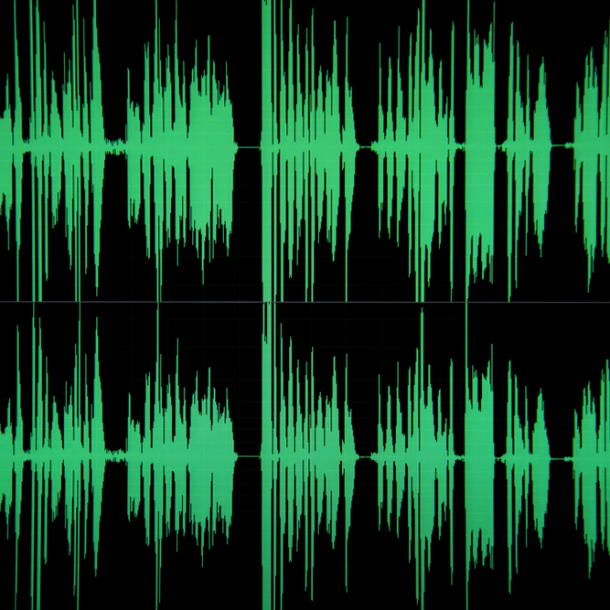 Does audio learning enable more understanding or is it just memorization with?
Previous Article 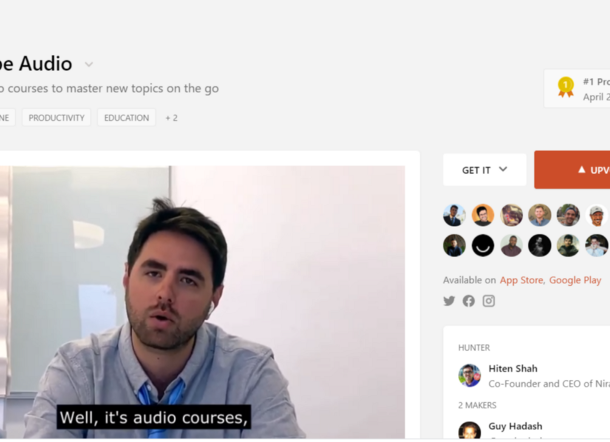 Is launching on Product Hunt worth it?
Next Article